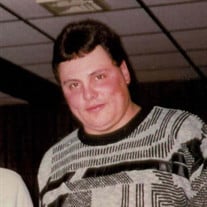 William Walter Wanko, 57, of South Amboy peacefully transitioned into the afterlife on Wednesday, December 15, 2021, with his beloved wife and loving children by his side. Born December 2, 1964 in Perth Amboy, NJ, William was a lifelong resident of South Amboy. William’s most illustrious pride and joy was undoubtedly his family. He often joked with his children that if he could’ve skipped fatherhood altogether and started off as a grandfather he most definitely would have. He was a passionate collector of literally all things. He enjoyed long rides along the coastline with his wife, listening to music, spending time with his grandchildren and creating memories with his family that will be cherished for generations to come. William devoted tens of thousands of hours sharing his unrelenting passion and love for the game of baseball, coaching little league baseball. A true sports aficionado, William enjoyed watching his New York Mets and New York Giants almost as much as he enjoyed watching the kids he had coached, develop into SOLID, championship caliber athletes. He was a loving husband, father, grandfather, uncle, friend, and mentor to many. He is predeceased by his mother Dolores Helen Wanko. William is survived by his soul mate, and wife of 36 years Lisette, his sons Billy and Matthew and their wives Shana and Brittany, his daughter Kristen Morrison and her husband Eric and his most prized possessions, his grandchildren Caleb, Matthew, Billy, Nicolio and Liam. He also leaves behind his father William and siblings Dawn and Bryan, along with many other friends and relatives. Friends are invited to pay their respects at the Kurzawa Funeral Home, 338 Main Street South Amboy, NJ 08879 on Monday, December 20, 2021 from 2 to 4 PM and 7 to 9 PM. Funeral mass will be on Tuesday, December 21, 2021 9AM at St. Mary Church, South Amboy.

William Walter Wanko, 57, of South Amboy peacefully transitioned into the afterlife on Wednesday, December 15, 2021, with his beloved wife and loving children by his side. Born December 2, 1964 in Perth Amboy, NJ, William was a lifelong resident... View Obituary & Service Information

The family of William Walter Wanko created this Life Tributes page to make it easy to share your memories.

Send flowers to the Wanko family.