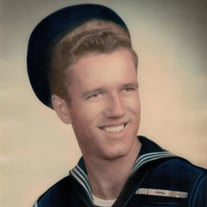 Milton J. “”Matty” Grygo, 97 of South River entered into eternal rest on January, 29, 2020. Matty was born and raised in South River, the son of Agatha and Walter. Milton was a graduate of South River High School and served in the Navy during WWll on the USS Canberra. He was a parishioner of Saint Mary of Ostrabrama Church in South River and a member of the Nocturnal Adoration and Holy Name Societies.He worked as a printer pressman at JKG Printing in Highland Park for over 30 years. Milton enjoyed taking long drives and spending time with his family. He is survived by his loving children, Nancy Grygo-Brown, and her husband Gary, Mitch Grygo, and his wife Carol, Carol Byrnes, and Tim Grygo and his wife Kathy. Matty was the adored grandpa to Angela Grygo, Michelle Grygo, Veronica Grygo, Dawn Adams and Gary Brown, and his wife Kelly. Great grand-pop to Anthony Grygo, Brittany Momah, Hunter Brown, Bethanne Brown and Toni Ann Dasilva. Also survived by Bernice McSorley, and her husband Donald and sister-in-law Janice Stary. Milton was predeceased by his loving wife Eleanor, his sister Laura Dumas and brothers Theodore Grygo, Edward Grygo, Joseph Grygo and Chester Grygo; son-in-law Jeff Byrnes. Friends are invited to pay their respects to the family on Sunday, February 2, 2020 from 1 pm to 4 pm. A 9 am mass is scheduled on Monday at St. Mary Of Ostrabrama Church, 30 Jackson Street, South River. Milton will be laid to rest beside his wife at St. Mary Of Ostrabrama Cemetery, Cranbury Road, East Brunswick. In lieu of flowers donations can be made to St. Jude's Children Hospital. For more information, to send your condolences or a tribute to the family please visit www.KurzawaFH.com.

The family of Milton J. "Matty" Grygo created this Life Tributes page to make it easy to share your memories.

Send flowers to the Grygo family.