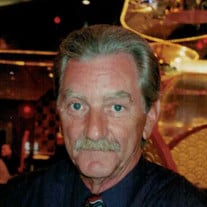 John “Jack” Stanley Szatkowski, Jr., 69 of Helmetta formerly of South Amboy entered into eternal rest on Sunday, September 2, 2018 at JFK Medical Center. Jack was born in South Amboy the son of the late John Sr. and Martha. He was a Construction Code Inspector for the State of NJ. He held a NJ Gold Seal Engineer’s license and prior to working for the State he was Chief Engineer at Hercules Inc. in Parlin where he managed the power house for 32 years. He retired from Hercules in 2008 before working for the State, from which he retired in 2016. Jack served his country proudly in the US Marine Corps from 1967 – 1971 during the Viet Nam War as a jet mechanic. He immensely enjoyed building street rods, and all the friendships he acquired thru his love of cars. He had many good times with his buddies and was a true friend and neighbor to all who knew him. He was the best cook, loved his vegetable garden, going on cruises, visiting with his daughters and his beautiful grandchildren. He is a retired Captain of the Protection Fire Company where he was a member from 1967-1980. His father's recipe for the firehouse ribs has made the community craving and coming back for more. Jack is survived by his devoted wife Linda, loving daughters Tara Szatkowski, Danielle Ramsey, her husband Scott, cherished grandchildren Dylan and Lexi Ramsey, dear sister Joan Buchko, caring mother-in-law Arlene Smith, sister-in-law Cheryl Smith, brother-in-law Bill Smith, his fiancee Patti Gonnella and many caring nieces, nephews and cousins. Jack is predeceased by his sister Carol Sessa and Brother-in-law Peter Buchko and Jimmy Sessa. In lieu of flowers donations can be made to St Anthony’s of Padua Church, Port Reading, NJ. A funeral service will be conducted from the Kurzawa Funeral Home, 338 Main Street, South Amboy, NJ 08879 on Saturday, September 8, 2018 at 9:15 a.m. followed by an 10 a.m. mass at St. Anthony of Padua, Port Reading, NJ. He will be laid to rest at Sacred Heart Cemetery. Friends are invited to pay their respects to the family on Friday from 3 to 7 p.m. and from 9:30 a.m. on Saturday morning. To send condolences, a tribute or more information please visit www.KurzawaFH.com.

John &#8220;Jack&#8221; Stanley Szatkowski, Jr., 69 of Helmetta formerly of South Amboy entered into eternal rest on Sunday, September 2, 2018 at JFK Medical Center. Jack was born in South Amboy the son of the late John Sr. and Martha. He was... View Obituary & Service Information

The family of John Stanley Szatkowski, JR created this Life Tributes page to make it easy to share your memories.

Send flowers to the Szatkowski family.